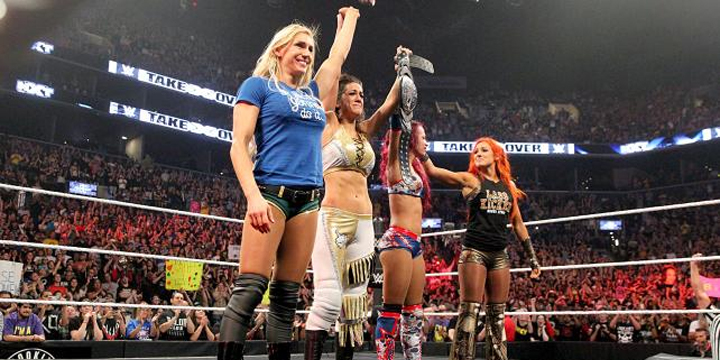 WWE held their biggest NXT event in history saturday with NXT Takeover: Brooklyn live from the Barclay’s Center in front of 15,589 fans.  It was a incredible night for wrestling fans tonight.  We got to see a very good show and two incredible main events that deliver.  Here’s the results:

Jushin “Thunder” Liger made his WWE debut tonight against Tyler Breeze in the opening match.  Liger put several and unique submission holds early on Prince Pretty.  Breeze took the control of the match after Liger began to play around with Breeze’s selfie stick.  Tyler counter several of Liger high-risk attempts.  Frustration kicked in for Breeze and Liger took advantage of that and got the victory with the Liger Bomb. 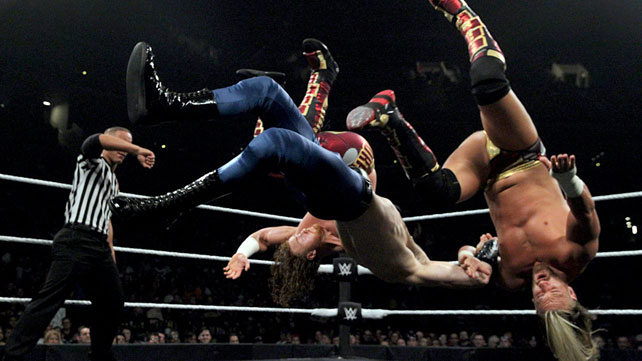 The second match of the night was for the NXT Tag Team Titles.  Before the match started, Alexa Bliss mock the Vaudevillains about not having found anyone to stop her.  They pointed to the entrance area and here comes Blue Pants to a great ovation.  It was a back-and-forth contest with several near falls by  both teams.  Alexa Bliss tried once again to interfere in the match but Blue Pants stop her.  That allow Aiden English to hit his finisher and we got new Tag Team Champions. 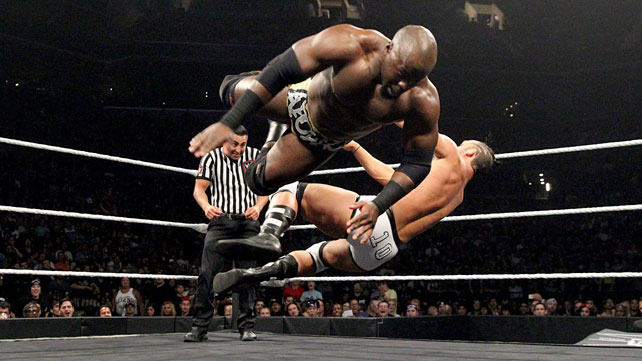 Up next, Apollo Crews made his NXT debut squaring off against Ty Dillinger.  Dillinger got some offense during the match but Crews was too strong.  Crews show off some amazing skills during this match.  He won the bout with a standing moonsault.

Samoa Joe faces Baron Corbin in the next match.  It was a slugfest for the most part.  Joe did a couple of soumission moves during the match while Corbin attempted to wear Joe down with unrelenting ground and pound. In the end Joe lock the Kokina Clutch on Corbin who passed out.  Samoa Joe pick-up the win. 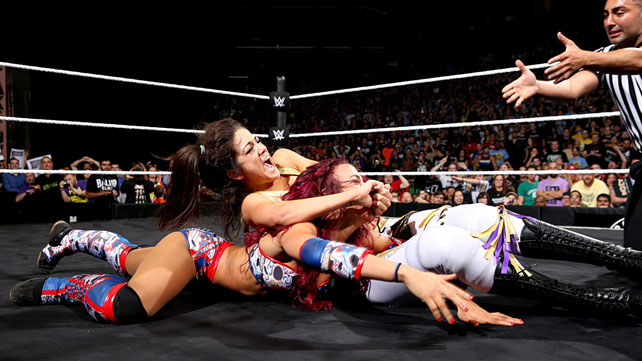 Stephanie McMahon came out before the match to talk about the start of the diva revolution in NXT.  For the first main event of the evening we got Sasha Banks defending her NXT Women’s Championship against Bailey.  It was an amazing match…the best of the night.  What an entrance by Sasha Banks…like a boss. The crowd where on their feet for that one and very hot for it.  The two did some risky moves during the match for the great pleasure of the crowd.  They both were able to kick/get out of the other finishing move.  In the end, Bailey hit a breathtaking reverse hurricanrana from the top turnbuckle which led into the second, and final, Bayley-to-Belly.  Here you go Bayley is your new women’s champion.

After the match, Charlotte and Becky Lynch comes to celebrate with Bailey.   Sasha joins in and huged Bayley and the others.  They held up the four fingers of the Four Horsewomen and gazed upon the crowd’s adoration. 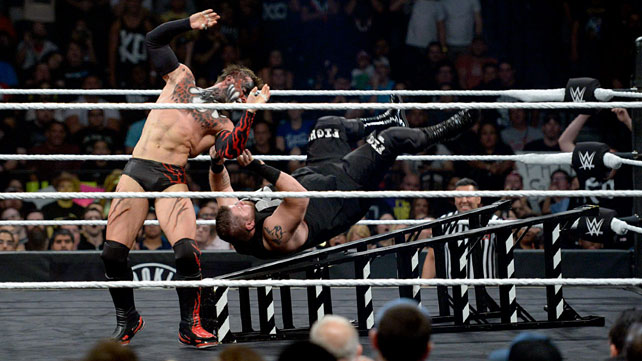 In the main event of the night.  Kevin Owens challenge Finn Bálor for the NXT Championship in a ladder match.  The match went back-and-forth as both men delevired a lot of physical offense.  The ladders were used a lot as weapons during the bout.  No chairs or table…Nonetheless, is was a very good contest.  In the closing moments, Bálor it the Coup de Grâce from the top of the ladder and after climb it to grab the title.  Bálor retains the championship.

There you’re have it.  The results for NXT Takeover: Brooklyn.  Overall, it was a great show.  Not really a dull moment on that one.  The match of night goes without a doubt to Sasha Banks and Bayley.  They tear the roof off the Barclay’s Center.  Can’t wait to see a match of that caliber in the diva’s division on the main roster.  Bálor and Owens did a great job for the main event.  Maybe not the best contest but very entertaining.   Really enjoy the show.  NXT raises the bar a little bit for Summerslam.